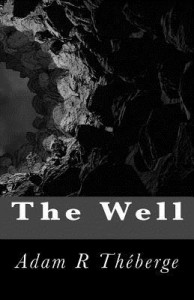 The Well had a vague Lovecraftian feel to it, almost like a mix between The Dream Quest of Unknown Kadath and The Horror at Red Hook.

The atmosphere of the book was stronger than the plot. A lot of time is spent building up the idea that this is a dangerous world, and that bad things happen if you go out on your own.

The main character has prophetic dreams of a village being destroyed, and a well where some sort of magical alien creatures are attempting to seal off a portal to what I assume is the demon realm. Every time he has the dream, it ends the same way - the village gets destroyed, and a voice tells him that he's being spared, so that in the future he can return the favor.

Unfortunately, something went wrong with my download. My Kindle refuses to go past the 98% mark, no matter how many times I download and redownload the story.

I feel fairly safe in saying that that last two percent wouldn't have made a difference in my rating, though.
Tweet